Moving Coil vs Moving Magnet: Which Phono Cartridge Do You Need?

Design
Moving Coil vs Moving Magnet: Which Phono Cartridge Do You Need?

Understanding moving coil vs moving magnet cartridges requires learning how they work, how they differ, and the impact they can have on the sonics of audio systems.

Being the transducer that reads and translates the contours of the record groove, the phono cartridge contributes meaningfully to the ‘voice’ of your turntable.

Moving Coil vs Moving Magnet: How Do They Work? 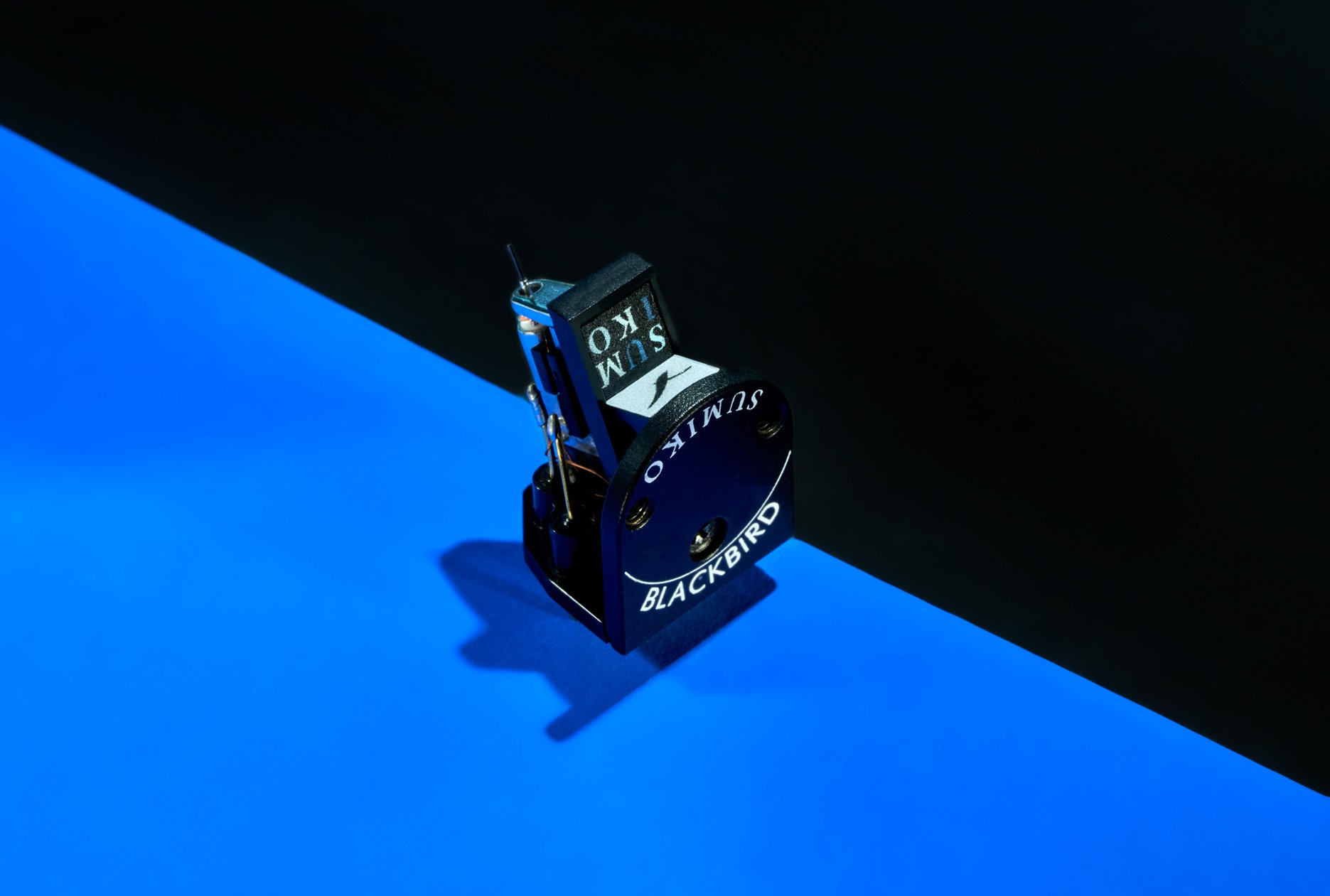 Inside the cartridge body, a moving magnet cartridge uses magnets attached to the internal end of the cantilever. As the stylus traces the contours of the groove, it puts the whole cantilever/magnet assembly into motion. The motion of the magnets occurs near fixed electrical coils, the interaction of which being what creates an electrical signal. This is the same signal that is then sent down the tonearm wires, out the turntable, and over to the phono preamp (or phono input of your amp/receiver) for proper amplification and equalization.

The MM design is simpler to execute in production, thus they tend to be more affordable and have user-replaceable styli.

Conversely, moving coil designs use coils attached to the internal end of the cantilever that flutters correspondingly with the stylus/cantilever in the magnetic field of a nearby fixed magnet (or permanent magnet). The motion of the coils is what generates the electrical signal sent by an MC cartridge.

Which Phono Cartridge is Best for Audiophiles?

With less mass bearing down, the stylus and cantilever are more nimble in the record groove, which in turn allows the stylus to reach more of the surface area therein (and to react accordingly to it).

It should be noted here too that less moving mass makes the job of the suspension much easier, improving tracking ability.

A low output MC ensures the fewest possible turns in the electrical coils (less metal, less mass) while a high output MC is nestled somewhere between a low output MC and an MM in terms of moving mass. As a rule, the ‘moving coils’ are far lighter than the ‘moving magnets’ in these respective designs and the fixed magnets of the MC tend to be much stronger, so the audible difference can indeed be significant based on this design.

It’s widely agreed that this design can achieve ‘better’ sound quality because it’s capable of transcribing more micro-detail, particularly in the high frequencies.

Due to the differences in cartridge anatomy, there’s a separate world of electrical parameters to consider, which is why a dedicated MC preamp (or phono stage) is needed prior to being sent off to the line or integrated amplifier. First, fewer coil windings amount to a much lower output level (0.5mV is typical for MC, 5.0mV is typical for MM cartridge) which means that more gain is needed.

It also means there less distance for the signal to travel, amounting to lower internal inductance (coil-induced electromagnetic force) and lower internal impedance (electrical resistance within the coils) that, when properly preamplified, can amount to a wider frequency response value.

Excluding the gain, load impedance (or electrical resistance) is the electrical property to which a low output MC is most sensitive.

Look at it as how the phono preamp tames an otherwise erratic signal. The same can be said for MM cartridges, but load impedance is a thing we need not concern ourselves with here. It is an industry-standard that MM cartridges work best with an electrical load of 47,000 ohms (47k ohms). Were a low output MC cartridge loaded at 47k, high frequencies would go off the rails and brightness would dominate your soundscape.

A rule of thumb regarding loading MC cartridges (while bearing in mind exceptions): take the internal impedance value as measured by the manufacturer, multiply by 10, and often that’s a good place to start listening.

Because electrical parameters vary from system to system (not to mention that preferences vary from listener to listener!), it’s common for an audiophile to experiment within a range of loads.

The recording and the musical material itself also come into play here. A ‘perfect’ load for one record might not be perfect for the next, but there should be a value within the recommended range that makes you happy across most or all of your collection. Make no mistake, however, more involved hobbyists will attenuate loading (like a tone control) on a constant basis.

As we often state in these discussions, the hobby allows you to get involved with your system to whatever extent brings you the most joy!

Why Do Moving Magnets Give You Higher Output?

As stated above, embarking down the path of a low output MC can be tiring with so many things to consider. The majority of listeners out there don’t want to bother with these things, and certainly one couldn’t blame them.

Moving coil cartridges are not only more expensive, but are also more fragile, lack a replaceable stylus, and demand the above-mentioned MC phono preamplification.

Moving magnet cartridges can deliver the majority of the performance of an MC, and this is more than sufficient for the brunt of the population enjoying vinyl records. So, the higher output of MMs is achieved by the higher number of turns in the fixed electrical coils. More turns = greater output. This brings the signal up to a level that is easily handled by the conventional MM phono stage, which further boosts and equalizes that signal to something that mirrors that of other sources.

Here electrical loading is a non-factor because cartridge makers build MMs to work with the standard 47k ohm load. Unlike MCs, capacitance is an electrical parameter that applies here. Since we’re dealing with significantly higher amounts of energy, values for inductance and internal impedance also increase and the signal needs attenuation via capacitors in the phono stage.

Choosing a Preamp to Match Your Phono Cartridge

Entry-level preamps often lack adjustment to this parameter, so they sound the way they sound (which is not inherently bad!). Spending a little more on a hi-fi preamp will usually get you some sort of flexibility in capacitance, usually ranging from 100-400pF.

Just as above, we encourage listeners to experiment within the recommended range to find what best suits them and their systems.

Similarly to MC loading, higher capacitance usually means more forward, bright sonics. High-end preamps usually offer the utmost flexibility in working with any type of cartridge. They should have MM and MC settings that offer wide ranges in gain, loading, and capacitance.

Furthermore, they will implement better materials that provide a cleaner path for the signal, meaning what you hear is more signal, less noise. These days most preamps are either MM only or MM/MC, but step-up transformers still have a role in our industry.

Briefly, a step-up transformer is a passive device (not plugged in) that uses its own electrical coils (again, more turns = more output) to boost the signal coming from an MC cartridge to a level that’s compatible with an MM preamp circuit.

Some audiophiles maintain that this is the best way to work with an MC, though it gets tricky as transformers themselves introduce their own electrical specifications that can’t be adjusted, so what you wind up doing is choosing a transformer and cartridge that are well-matched electrically. This is somewhat limiting as unlike and an adjustable MC phono stage, a step-up that works well with one cartridge may not work well with another.

Moving Coil vs Moving Magnet Cartridges: Which is Better?

Though critical listeners tend to veer toward low output MC cartridges, let’s remind ourselves that “better” is a subjective term. Plenty of these folks simply prefer the sound of MMs, which is a-ok. MM cartridges continue to improve design-wise, thus they continue to improve with things like transients, micro-detail, resolution, room spaces, proximity & dimension – things we normally look to MCs for.

As always, contact our team if you have any questions! 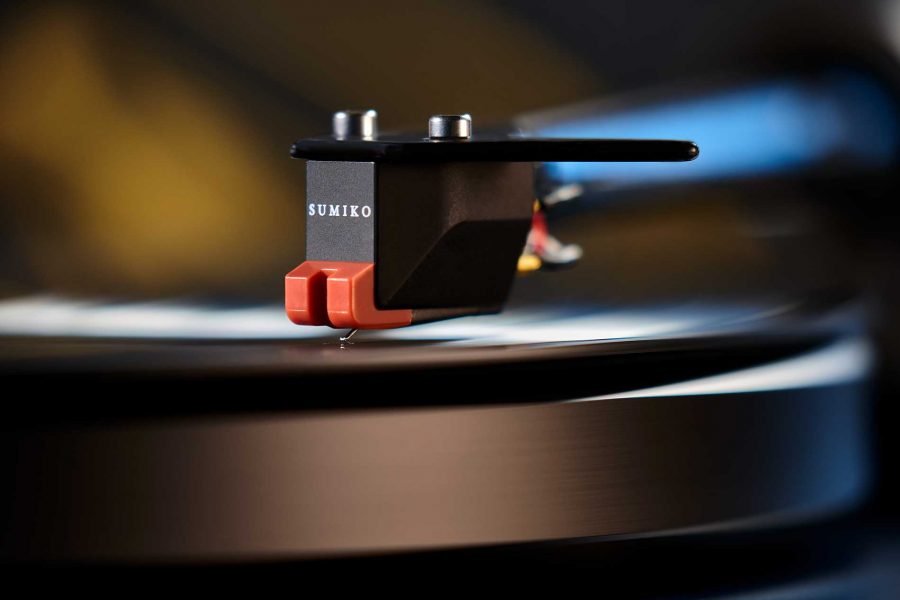